Transformation of „Space, Place and Identity“

Surveillance and violence from afar: The politics of drones and liminal security-scapes 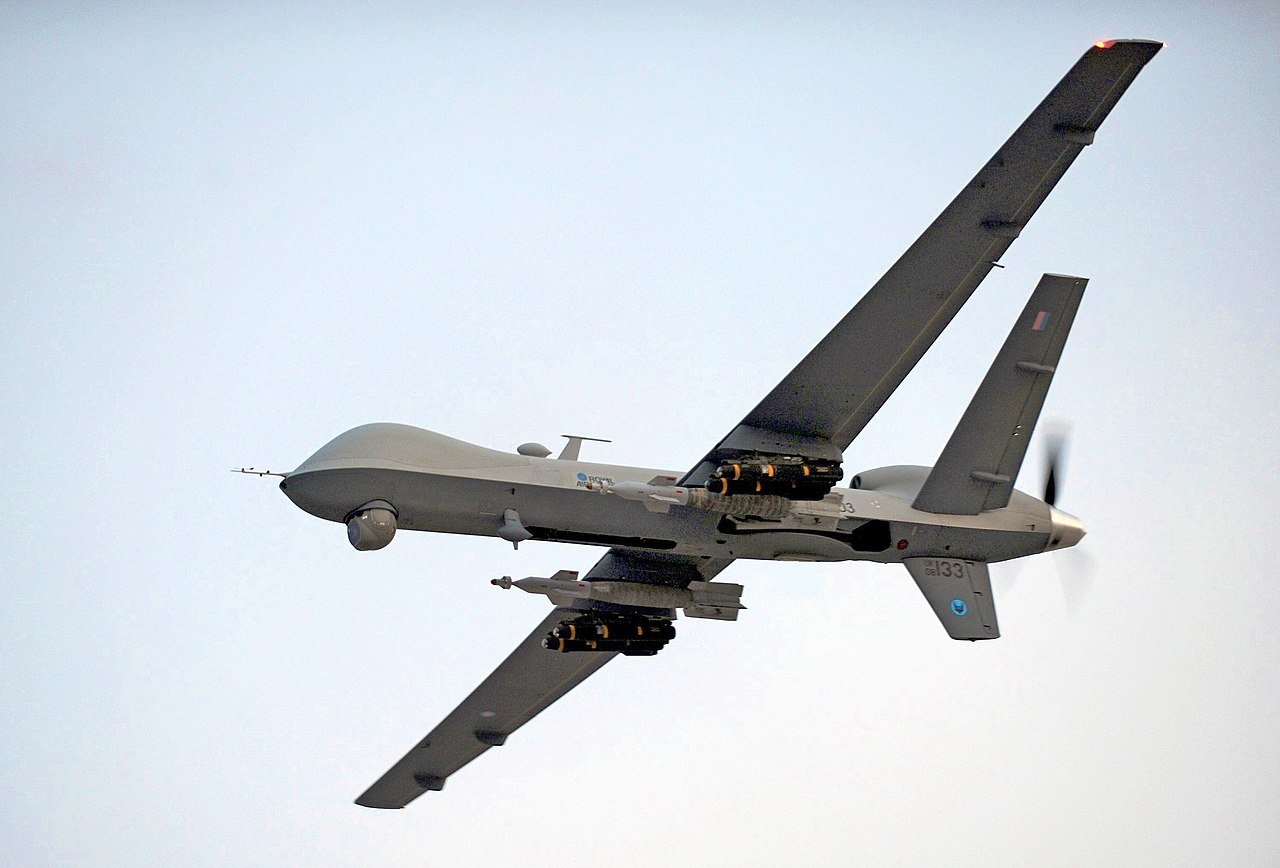 “As surveillance and military devices, drones—or ‘unmanned aerial vehicles’—offer a prism for theorizing the technological politics of warfare and governance. This prism reveals some violent articulations of US imperialism and nationalism, the dehumanizing translation of bodies into ‘targets’ for remote monitoring and destruction, and the insidious application of militarized systems and rationalities to domestic territories and populations. In this article, we analyze the deployment of drones within warzones in Afghanistan, Iraq, and Pakistan and borderzones and urban areas in the USA. What we call ‘the drone stare’ is a type of surveillance that abstracts people from contexts, thereby reducing variation, difference, and noise that may impede action or introduce moral ambiguity. Through these processes, drones further normalize the ongoing subjugation of those marked as Other.” Source

Transformation of concepts through technology

Digital identity is integrated into physical and social location.

Personal and collective identity are increasingly determined by digital representation.

On the quest for faster and more mobile technology the transformation process in society very often finds itself in the center of strategic interests. These strategic interests are mostly held by state actors that use military power as a means of projecting force. This leads to technologically bound transformation of social behaviour within military organizational structures and their doctrine.

To examine this concept we look at the evolution of aerial warfare as the object of analysis.

“Unequal mobility and speed corresponds with what Eyal Weizman (2007) has called the politics of verticality, which he has written about in the context of the Israeli occupation of Gaza. For it is not technological speed alone that assures control over the enemy, but also the ability to achieve higher elevations in order to gain an observational advantage. The extraterrestrial satellite epitomizes the desire for dominance through verticality (DeNicola, 2006), but the hill, rooftop, and airplane are also technologies of verticality frequently deployed in practices of state control.” Source

In the context of digitalization we understand that vertical dominance does not only mean to control the physical airspace but also the ability to act unrestrained within the “digital” space. This can unequal distribution of mobility and speed can be observed in accessability, infrastracture, hardware, software, networks, services etc.

Change from surveillance and reconaissance role to “hunter-killer” role.

Within the context of  risk-managment and output maximazation “unmanned combat vehicles” (robots) become determinant and indispensable. This produces an even greater inequality of social standing, where an agressor can act without physical risk and the target is physically exposed. This also has to be regarded as a factor within the decision making process, so as to lower the restraint in the use of force.

“An RAF Reaper remotely piloted aircraft observed a group of Daesh fighters in Abu Kamal, eastern Syria, mustering a large crowd of civilians in one of the town’s main streets. When a van then unloaded 2 shackled prisoners in front of the crowd, it became clear that Daesh were organising a public execution. Given the large number of civilians present, the Reaper’s crew could not target directly the Daesh fighters about to carry out the murders. However, 2 armed extremists were stationed as sentries on the roof of a building overlooking the scene. A Hellfire missile was fired immediately, and scored a direct hit which not only killed one of the sentries but also brought the execution to an immediate halt, as the Daesh fighters fled the scene, and the crowd of civilians dispersed.” Source

Dehumanization is implicit in warfare. The target of agression is abstracted of its individuality and turned into a determinable variable. Through this process personal aversion or indifference towards the target is created. Concurrent through categorizing and sorting the target information, the complexity is reduced down to a graspable variable. Within the decision making process these variables determine the way of action.

This process can also be observed within UAV systems, where complex algorithms support the pilot with flight control and targeting. This requires computable data input. Ultimately this means a certain degree of homogenization and reduction of variation. Categorical suspicion and social sorting within technological systems can be results of the mentioned complexity reduction process.

“Killing is done ‘at a distance’, through technological mediation, without the shock of direct confrontation. The victims become psychologically invisible. The soldier appears to achieve a moral dissociation; the targeted ‘things’ on the screen do not seem to implicate him in a moral relationship.” Source

Through the use of rhetorical constructs the political actors communicate their picture of reality between themselves, civil society and media. The wording of “precision warfare” can be seen as such an example. The idea is to convey a degree of surgical precision,

“But the discourse of discriminatory precision bombing is primarily a fantasy because civilians are still the most common victims of aerial warfare (Tanaka and Young, 2009).” Source

Within the context of technological development we can see a broad spectrum of knowledge transfer.

As a result of modern organizational structures, technology is relatively quickly transferred to other branches. For the domestic use of UAVs the focus lies mainly on surveillance. This use-orientation could derive directly from development objectives within the military context, but where afterwards military hardware was transferred to domestic agencies. Therefore in the US, UAVs can mostly be found centred around border patrol operations and the “war on drugs”.

The integration of UAV-capabilities into domestic (US) law enforcement could further consist of these potential implementation areas.

Differentiation between “us” and “them”

“Othering” in the context of digitalization. Constructing the own collective identity through exclusion. 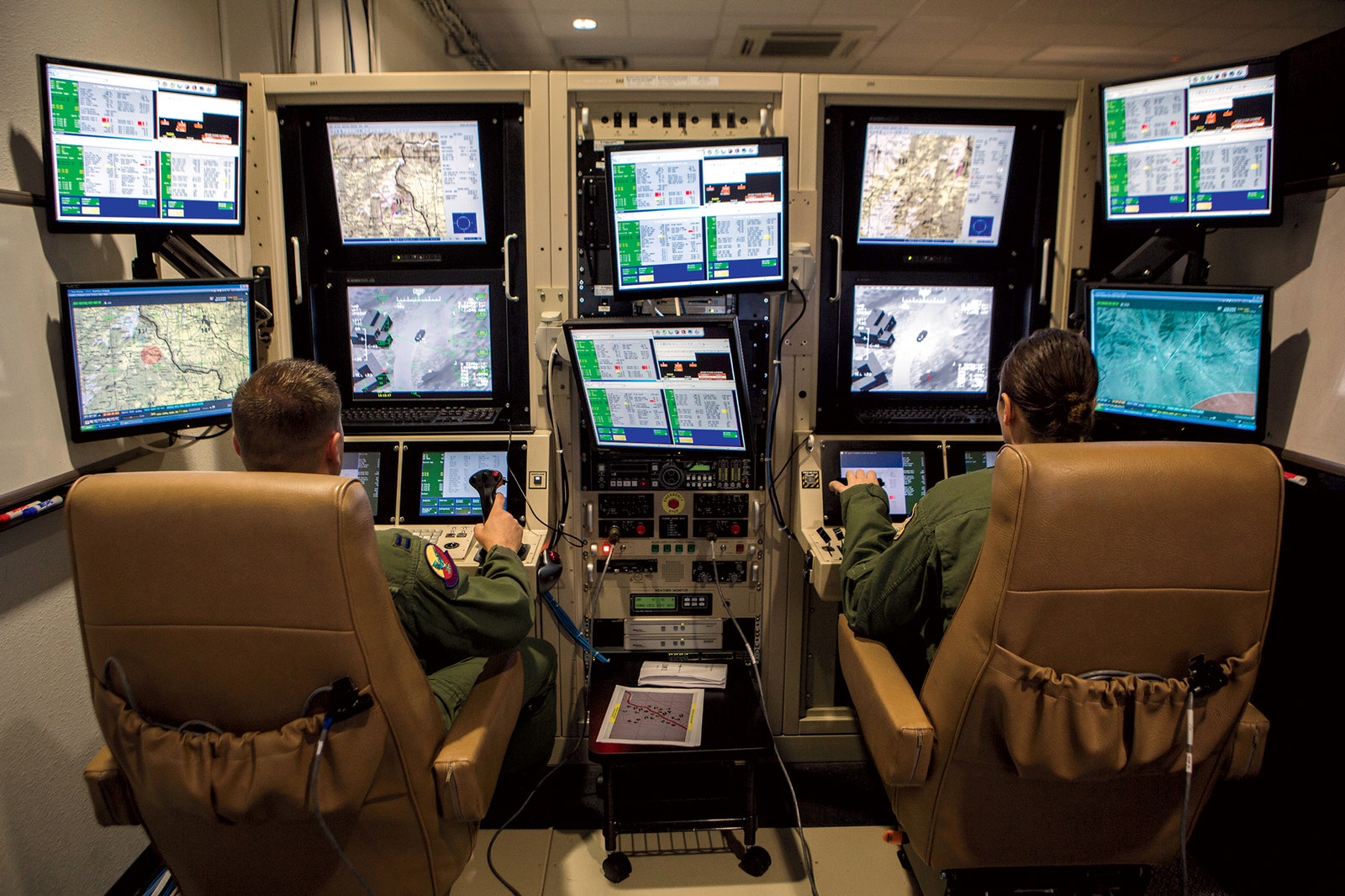 Communities affected by aerial warfare display changes of behavior in their daily life. This affects both combattants and non-combattants in individual ways.

“Combatants have allegedly abandoned ‘satellite phones and large gatherings in favor of communicating by courier and moving stealthily in small groups’ while also establishing hide-outs in mountainside tunnels and relying more on civilian-looking transportation as opposed to ‘all-terrain vehicles’ (Perlez and Shah, 2010). In addition, if past ruses of camouflage and spatial deception employed by undocumented immigrants along US border regions are good indicators, undocumented migrants seeking entrance to the USA will find new ways of subverting and disappearing from the gaze of UAVs (Corchado, 2003).” Source

The fear of being mistaken as a combattant also leads to precautions on the side of civilians. For example in avoiding social gatherings or only moving during certain daytime.

From a Marxist perspective, the need to exploit capital is the driving factor in the development of society. Could other factors be important and why?

How should digitalization be evaluated in terms of political participation? Do you know of other disadvantages and can you also identify advantages?

Do you agree that the multitude is the only source of creativity and productivity and why or not?

What measures could be taken to alleviate this problem with increasing digitalization? Should they originate rather from the information providers or the information users?

„We tend to assume that our maps are objective accounts of the environment, diagrams that simply describe what is there to be found. In truth, they’re nothing of the sort; our sense of the world is subtly conditioned by information that is presented to us for interested reasons, and yet does not disclose that interest.“ (1, p. 23)

Does technological advancement mean destabilization of identities and their representatives?

Where do you see dangers in the use of digitalization for military purposes?

What ways can we find to direct technological advancement so that it serves the interests of the general public?

1 thought on “Everyday life in the Internet Area”